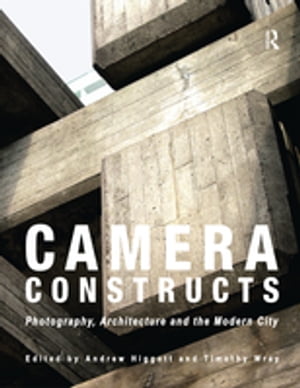 ＜p＞Photography and architecture have a uniquely powerful resonance - architectural form provides the camera with the subject for some of its most compelling imagery, while photography profoundly influences how architecture is represented, imagined and produced. Camera Constructs is the first book to reflect critically on the varied interactions of the different practices by which photographers, artists, architects, theorists and historians engage with the relationship of the camera to architecture, the city and the evolution of Modernism. The title thus on the one hand opposes the medium of photography and the materiality of construction - but on the other can be read as saying that the camera invariably constructs what it depicts: the photograph is not a simple representation of an external reality, but constructs its own meanings and reconstructs its subjects. Twenty-three essays by a wide range of historians and theorists are grouped under the themes of ’Modernism and the Published Photograph’, ’Architecture and the City Re-imagined’, ’Interpretative Constructs’ and ’Photography in Design Practices.’ They are preceded by an Introduction that comprehensively outlines the subject and elaborates on the diverse historical and theoretical contexts of the authors’ approaches. Camera Constructs provides a rich and highly original analysis of the relationship of photography to built form from the early modern period to the present day.＜/p＞画面が切り替わりますので、しばらくお待ち下さい。