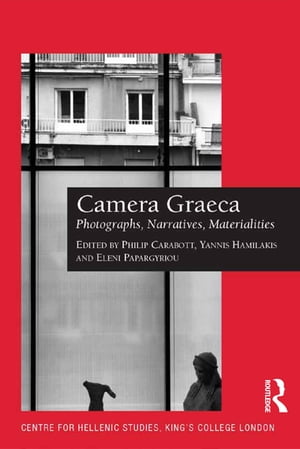 ＜p＞While written sources on the history of Greece have been studied extensively, no systematic attempt has been made to examine photography as an important cultural and material process. This is surprising, given that Modern Greece and photography are almost peers: both are cultural products of the 1830s, and both actively converse with modernity. Camera Graeca: Photographs, Narratives, Materialities fills this lacuna. It is the first inter-disciplinary volume to examine critically and in a theorised manner the entanglement of Greece with photography. The book argues that photographs and the photographic process as a whole have been instrumental in the reproduction of national imagination, in the consolidation of the nation-building process, and in the generation and dissemination of state propaganda. At the same time, it is argued that the photographic field constitutes a site of memory and counter-memory, where various social actors intervene actively and stake their discursive, material, and practical claims. As such, the volume will be of relevance to scholars and photographers, worldwide. The book is divided into four, tightly integrated parts. The first, ’Imag(in)ing Greece’, shows that the consolidation of Greek national identity constituted a material-cum-representational process, the projection of an imagery, although some photographic production sits uneasily within the national canon, and may even undermine it. The second part, ’Photographic narratives, alternative histories’, demonstrates the narrative function of photographs in diary-keeping and in photobooks. It also examines the constitution of spectatorship through the combination of text and image, and the role of photography as a process of materializing counter-hegemonic discourses and practices. The third part, ’Photographic matter-realities’, foregrounds the role of photography in materializing state propaganda, national memory, and war. The final part, ’Photographic ethnographies?＜/p＞画面が切り替わりますので、しばらくお待ち下さい。